Download and complete the form to reduce waiting times 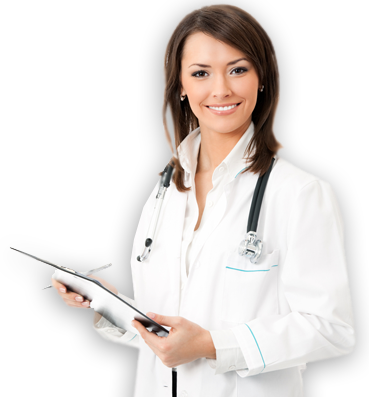 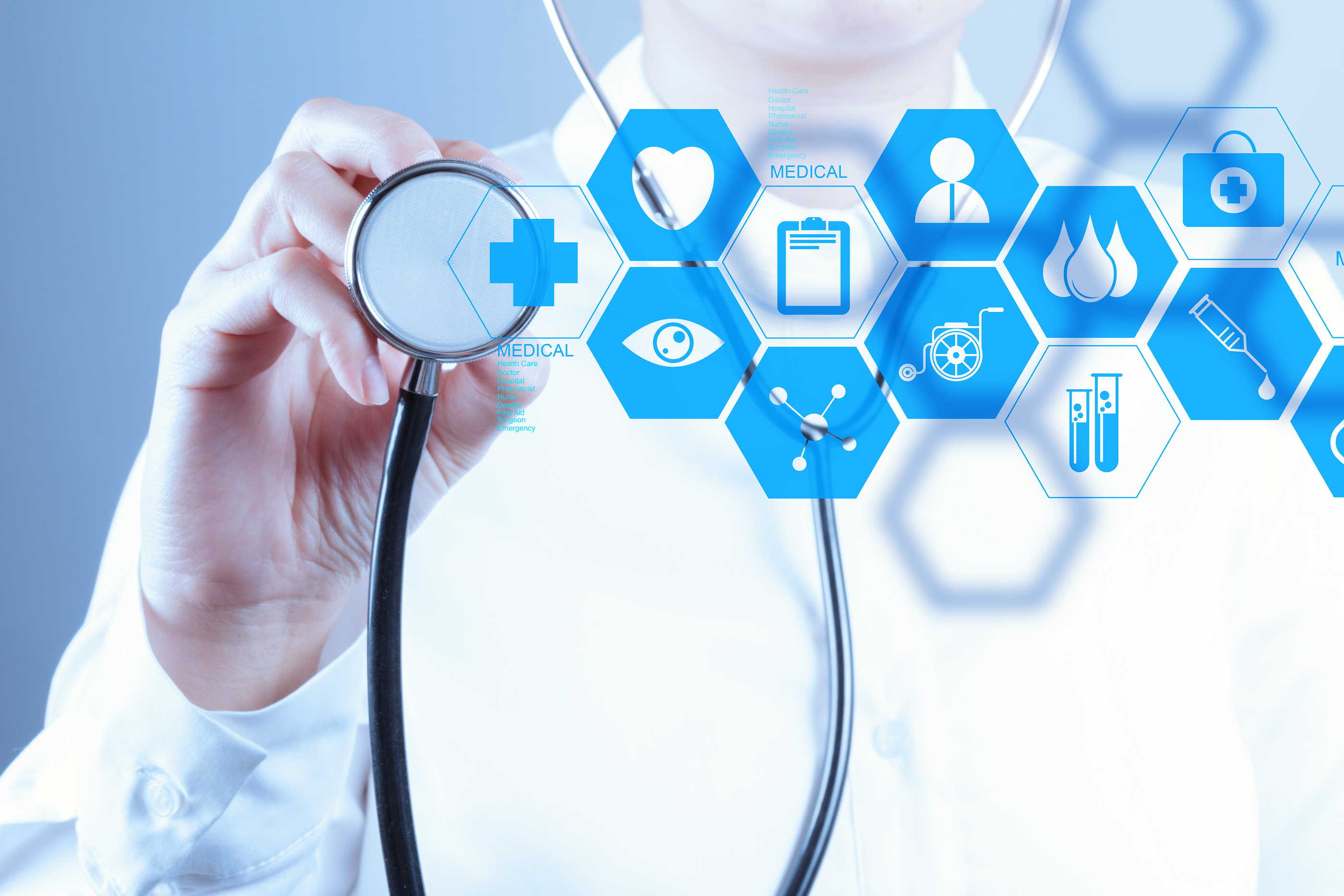 Traditional treatment of superficial venous incompetence changed little throughout most of the 20th century, during which time it consisted of high ligation of the saphenous vein and adjacent tributaries with stripping of the length of the vein. Some modifications of this surgical approach involved limiting the length of stripped saphenous vein to the more proximal portion (mostly to avoid sensory nerve injury) and a move away
from the external stripping device to the development of an invagination (PIN) stripper to lessen perivenous tissue damage in an effort to enhance recovery.

As with many other surgical procedures, minimally invasive techniques were developed beginning in the late
1990s. Endovenous ablation procedures for saphenous vein and other incompetent superficial nontruncal veins were technological breakthroughs that revolutionized the treatment of patients with chronic venous disorders. Within a few years, around the turn of the century, many new treatment methods were developed, especially in the United States and Western Europe, including foam sclerotherapy and endovenous thermal ablation (radiofrequency, laser, steam), all of which are performed under local anesthesia in an outpatient setting. These methods have been investigated thoroughly and found to be safe and efficacious, albeit with some drawbacks. Foam sclerotherapy has some limitations with regard to long-term efficacy. All of the
thermal ablation techniques require the application of tumescent anesthesia, which requires considerable training and practice for the practitioner to become proficient in its use. Unfortunately, this is uncomfortable for patients, and many of them experience a variable degree of intraproce dural discomfort and postprocedural bruising. Moreover, even though the scientific evidence is weak, most practitioners recommend postprocedural compression hose for patients, which are limiting especially for patients in warm climates or for whom application of compression hose is difficult (diminished strength, painful joints, obesity, etc.).

TUMESCENTLESS THERAPIES
Many of these aforementioned shortcomings have led to technological developments intended to lessen or eliminate the necessity of tumescent anesthesia, patient discomfort, and the use of compression hose, and have been termed “tumescentless” techniques. With regard to the efficacy of foam sclerotherapy, it has been shown that the most commonly used detergent sclerosants (polidocanol and sodium tetradecyl sulfate) are much more active in the absence of blood. 2 Various techniques have been developed to minimize inactivation by blood within the vein, including the use of saline flush before foam injection 3 and the long catheter technique, which again requires the application of tumescent anesthesia for vein compression and blood evac-
uation. 4,5 Among the tumescentless treatment methods, mechanochemical ablation 6 was one of the first that eliminated the need for tumescent anesthesia, although perhaps not the recommendation for compression hose. 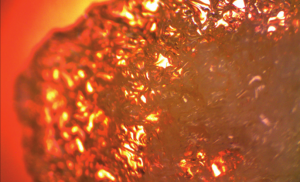 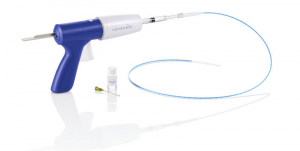 Figure 2. Delivery system for the VenaSeal TM procedure,
which received US Food and Drug Administration approval
in February 2015 and CE Mark approval in September 2011.

CYANOACRYLATE ADHESIVE FOR EMBOLIZATION
One of the most recent developments has been the use of cyanoacrylate adhesive for embolization (CAE) and
removal of the incompetent superficial veins of the leg from the venous circulation. Such endovascular use of CAE is not new, having been used in the United States in the treatment of intracerebral arteriovenous malformations since US Food and Drug Administration (FDA) clearance was granted in 2000. In studies leading to FDA clearance, cyanoacrylate adhesives were not found to be mutagenic, pyrogenic, hemolytic, sensitizing, irritating, or cytotoxic. 7 Other peripheral vascular conditions for which CAE has been used are
gastrointestinal bleeding and tumors, genitourinary abnormalities, and postendovascular graft leaks.

Rod Raabe, MD, an interventional radiologist from Spokane, Washington, had commonly used cyanoacrylate
adhesives for various intravascular procedures, including ablation of intracerebral arteriovenous malformation. He wondered if a similar procedure could be developed for ablation of incompetent superficial truncal veins.

N-butyl cyanoacrylate was the most commonly used adhesive at the time and had characteristics that Dr. Raabe deemed unsuitable for use in leg veins, including reduced viscosity, slow polymerization with rigidity afterward, requirement of mixing to initiate polymerization, and adherence of the catheter to the vein wall in the presence of adhesive. These characteristics led Dr. Raabe and Monte Madsen, RVT, to convene a team of chemical, biochemical, and product engineers to develop a cyanoacrylate adhesive with different properties more appropriate for superficial leg veins. A better adhesive would include increased viscosity to prevent embolization by allowing adequate contact with the intima of the vein, rapid polymerization to avoid embolization, flexibility after implantation so patients would not experience discomfort upon leg move-
ment, and development of a strong bond to the vein wall to prevent recanalization and eliminate the need for postprocedural compression.

Other important factors during the adhesive (Figure 1) and delivery system (Figure 2) development included a
formula that would not change with sterilization, catheters that would not adhere to the vein wall in the presence of adhesive, and a long shelf life so the adhesive did not polymerize before its use.

Benchtop experiments began in 2008 and included development of a catheter with multiple air-filled chan-
nels in the catheter wall to allow for high visibility by ultrasound. A propulsion device (“glue gun”) was also
devised to precisely deliver very small volumes of adhesive. Endovenous animal studies conducted using CAE in rabbit veins were performed in 2009, which demonstrated a mild immunological response similar to that seen with suture material. 7 Caprine models showed a similar foreign body response without extension into perivenous tissue and complete occlusion at 6 months. CAE was then performed on superficial epigastric veins in porcine models followed by animal evaluation at 60 days. 9 Histologic examination of harvested veins showed a chronic foreign-body-type inflammatory response, which led to fibrosis and occlusion of the treated vein segment without evidence of perivenous extension of the inflammatory response, adhesive migration beyond 2 cm (no adhesive detected in pulmonary circulation), or recanalization of the vein.

CONCLUSION
Over the past 2 decades, treatment of patients with chronic superficial venous disorders has progressed dramatically compared to the previous century of traditional surgical modalities. Endovenous techniques, initially with foam sclerotherapy, various methods of thermal ablation, and more recently with tumescentless procedures, have seen rapid development to less and less invasive technological methods of treatment. Previous experience with endovascular CAE for vascular malformations and other clinical disease states coupled with animal studies showing safety and efficacy for intravenous CAE using a modified form of cyanoacrylate adhesive have opened the way to human trials to be discussed in a later issue.

Nick Morrison, MD, FACPh, FACS, RPhS, is Co-Founder and Medical Director of the Morrison Vein Institute in Scottsdale and Tempe, Arizona. He has disclosed that he is a consultant to Covidien. Dr. Morrison may be reached at nickmorrison2002@yahoo.com.